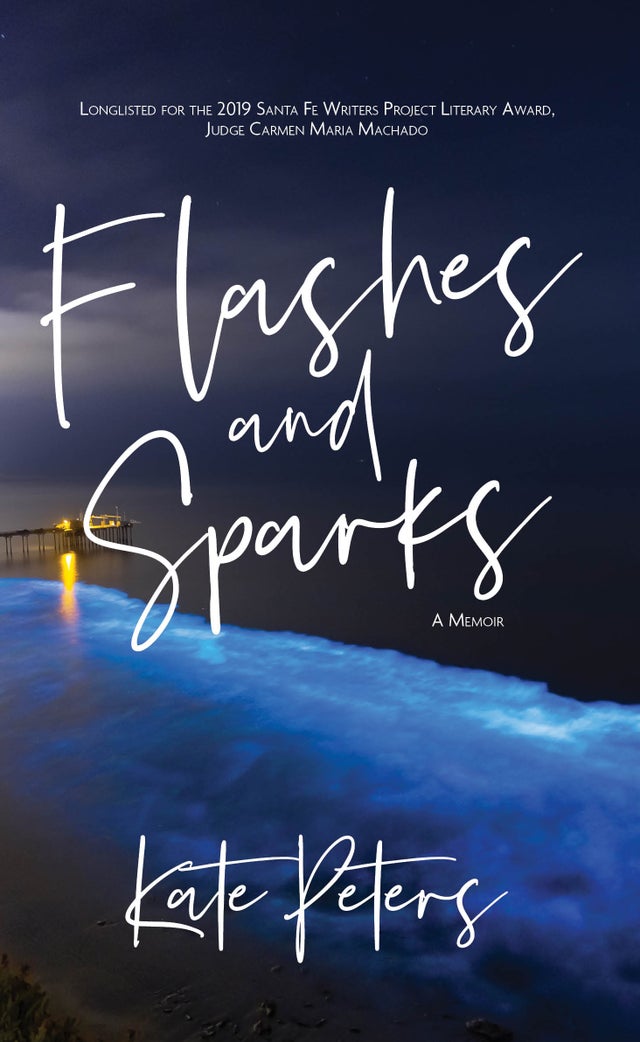 Flashes and Sparks by Kate Peters

It didn't surprise Kate to find out these were her first words. She'd craved peace and quiet, which always seemed out of reach.

At just eleven months old, she became the subject of a paranormal study, setting the tone for a tumultuous childhood. She endured a chaotic family: a cruel grandmother; a mother hung up on her own emotional baggage; a father lost to the rat race of Los Angeles; and two (sometimes difficult) brothers who were easily influenced by their grandmother's manipulations. She retreated into a disaffected grunge- era youth. But in moments on the beach, touched by sand and salt air, she felt at one.

Leaving home, elated to be alone, she began to realize that her stoic strength might be holding her back; chaos could be embraced; and the circumstances and people she loathed most could, in fact, be the most important. Through humor and wit, we see that truth might only be revealed in little fleeting moments of beauty, in flashes and sparks.

With a powerful narrative voice encompassing every bit of its thematic beauty, Flashes and Sparks is a guide for transcending the detachment of youth and weathering the tragedy that lies beyond.