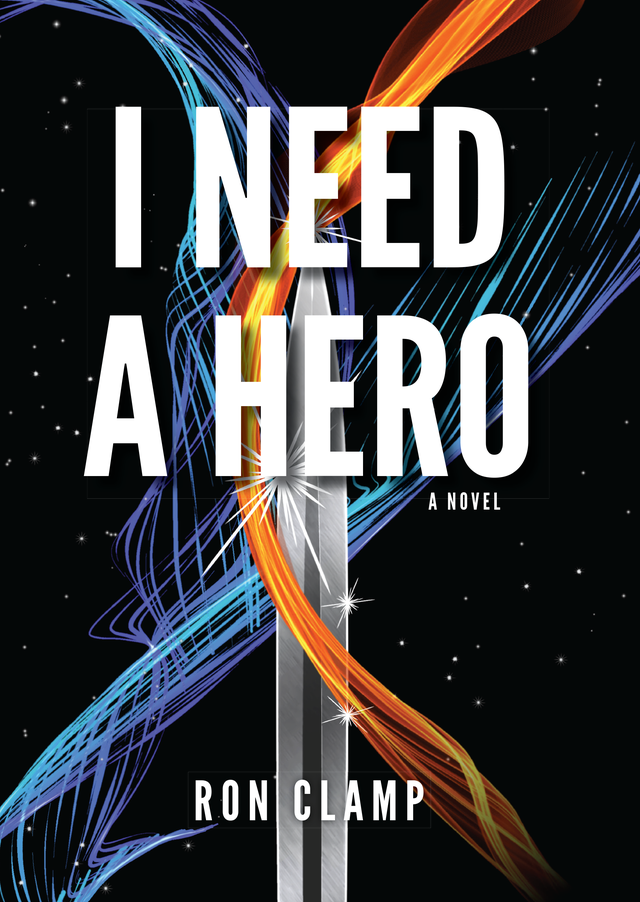 PRE-SALE I Need a Hero by Ron Clamp (soft cover)

While salvaging equipment in the Arizona desert, Commander Charlie Jackson receives orders from Space Command to take his crew and the Perseus, a low-orbit repair unit, to the Strivo Corridor to destroy the supply lines feeding the latest Obsidian invasion. Charlie and his brother and third-in-command, Jacob, also receive a mysterious second mission.

Despite his wife Maddie’s objections and the fact that he is nearing retirement, Charlie accepts the mission. With the Obsidians one step ahead and the possibility of never returning home, the crew of the Perseus takes on the monumental task. Additionally, Charlie finds himself making enemies left and right—including Space Command.

Secrets from Maddie’s past are also brought to light, and the rewards on her head soon rival those on the Perseus. She is now alone and on the run, and Charlie, who is lightyears away, must find a

way to return to Earth to rescue her and be the hero he’s always wanted to be for her.