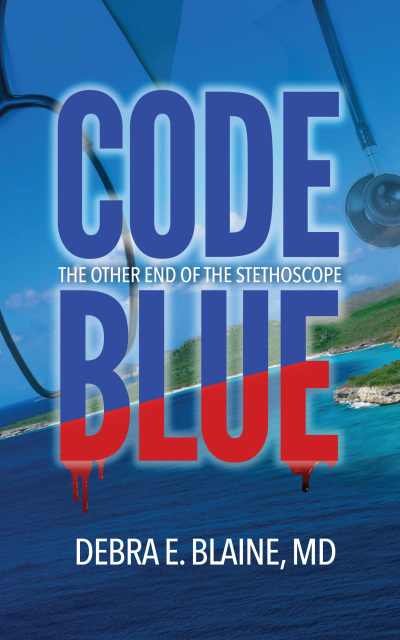 CODE BLUE: The Other End of the Stethoscope by Debra E. Blaine, MD

Something strange is happening at the clinic, but Dr. Tobi Lister has enough to deal with just trying to practice medicine, now that patients have become “customers” and the medical field is dictated by entrepreneurs whose sole objective is profit. And now suddenly, after nearly two decades, the man who broke her heart has resurfaced, but Tobi is determined to ignore his desperate attempts to communicate. Troy abandoned Tobi without any explanation, just after her brother had mysteriously died and she needed Troy most. She has no idea he is trying to warn her about a vicious Russian hacking scheme that is making billions of dollars murdering patients. But if Troy can’t get through to her soon, Tobi will be next.

This medical thriller by debut author Debra E. Blaine, MD emphasizes the loss of humanity felt by both physicians and patients now that medicine has become a consumer-driven industry.